A TALE OF SUCCESS 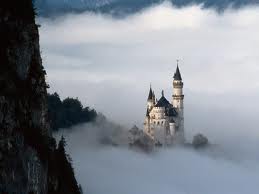 Once upon a time, in kingdoms on opposite sides of the globe, two writerly women of mostly-pleasant disposition (with occasional lapses into Mad-Hatterness*) became cyber-friends.  One was named Lady Fiona and wrote foresty-druidy stuff.  The other was named Lady Mary of the House of Waibel, and wrote twisted fairy tales. 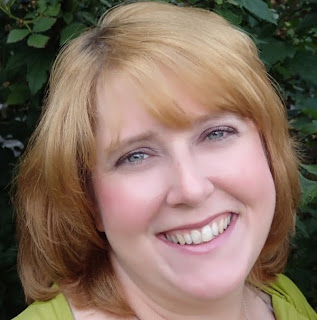 Lady Waibel lived happily with Lord Waibel and their brilliant, hockey-playing son and two cats who were not particularly adept at hockey.  Many was the evening Lady Waibel would remark to Lord Waibel, “Husband, I shall go now to the top-most turret and scribe my tales.”  “Aye, dearest,” Lord Waibel would reply, “And I shall retire to the kitchen to fashion a feast of Hamburger Helper.”

Then One Day (that would be NOW), Lady Mary’s first tale, Quest of the Hart, was published by MuseItUp Publishing and debuted to much fanfare and critical acclaim.  The lovely cover looked something like this: 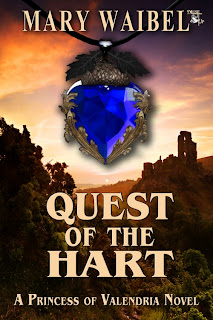 Lady Mary sent her cyber-friend, Lady Fiona, a synopsis of this compelling tale she had written.  It went something like this:

A reverse Sleeping Beauty tale where the princess goes on the quest to save the prince.

Princess Kaylee has never had to fight for anything. Her entire life has been arranged, even her marriage. But when Prince Devlin falls under an enchantment, she finds she is willing to do anything to save him, even if it means fighting a dragon.

Devlin's own sister, Princess Arabella, is behind the deadly plot. She wants the throne and will use any means necessary to gain it. Her perfect plan unravels, leaving Devlin caught in a magical sleep that is slowly spreading through the kingdom of Breniera. All Arabella needs to finish her spell and claim the crown is a drop of Kaylee's blood, but obtaining the single drop is proving more difficult than expected.

To save her betrothed, Kaylee embarks on a quest to find an ancient sword and gather a drop of dragon's blood, while trying to stay out of Arabella's traps. But Arabella's traps aren't the only danger. Time is everything. For once the last inhabitant of the kingdom falls asleep, the spell will be sealed, and not even true love's kiss will break it.

Lady Mary then decided she would be kind to all the peasants of the kingdom and offer a FREE copy of her most wonderful twisted fairy story.  If the peasants would but follow this link, they might win the magical book:

The last part of this success tale is yet another tale of success.  For, you see, Lady Mary found happiness again.  After toiling tirelessly in her top-most turret, she produced a companion novel entitled Charmed Memories, which would become available from MuseItUp Publishing in August 2013.

The moral of this tale?  Why, ‘tis that fairy tales come true, of course!  Lady Mary believed in herself, worked on her craft, did good deeds for others and never gave up.  May she be inspiration to us all.