What do you do when the dimension next door
seems a heck of a lot better than your own?

Zeke is a 12-year-old freak. The kids at school tease him mercilessly because of his “condition”. Twitches plague him, he’s unable to make eye contact or play sports, and he talks incessantly about bugs and spiders. Add to that the recent death of his mom, the fact that his dad’s been hitting the bottle pretty hard, and some dangerous moments in a school counselor’s office, and Zeke is ready to run away from home.

Taking only a pocket knife and a jar containing his pet spider (and her hidden babies), Zeke runs to the wild vacant lot behind his house and manages to escape through a wormhole into a parallel dimension.

Zeke finds himself in a town called Out, where he meets Q, a boy who looks amazingly like him, and a bunch of other guys with backwards names. In Out, Zeke is a sensation. The townspeople share many of the same symptoms of Zeke's condition, and are charmed by him and his spiders. But there are strange things about this dimension. People are obsessed with time and they worship a giant Clock. Then there are the ever-present AIC operatives who seem particularly interested in Zeke, and not in a good way.

Just when Zeke thinks he’s found a new and fabulous home, a place where he can finally fit in, the people of Out start getting terribly ill. They blame Zeke for bringing a plague and believe he might even be the anti-Clock. It’s up to Zeke to find out what the plague is and how to stop it before the AIC does away with him. 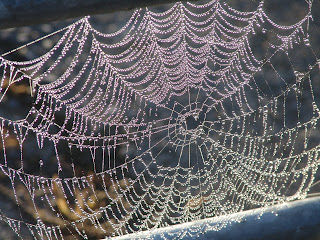