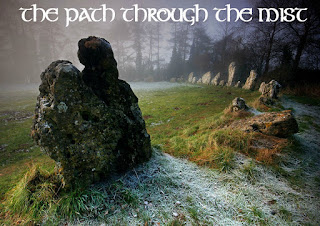 A California teen moves to rural Ireland and slips into a 5th Century conflict between Druids and Christians, discovering a past-life love. To keep him in the present, she must stop history from repeating itself.

In the misty past of fifth century Ireland, Christians are invading the holy Druid island of Inisceo, and 14-year-old Lassair, a novice Druid, is shocked and confused. The Christians murder countless trees, value their own souls above those of animals, and have little respect for the Earth.

But when Lassair falls in love with a Christian monk, Declan, she finds herself caught in the growing conflict between Druids and Christians. With both groups intent upon driving the other out, violence threatens to tear apart the only home she’s ever known and ruin what may be her one chance at love.

1500 years later, history is getting ready to repeat itself. After her mother’s messy divorce, 15-year-old Lana is dragged half-way around the world from Southern California to the remote west of Ireland. Bored, angry, and tired of being the odd one out, Lana sets off to explore a lake island she believes to be haunted, but Inisceo contains more mysteries than she ever imagined. Lana is repeatedly thrust into the past, and into the body of Lassair. As Lana pieces together the story of Declan and Lassair she becomes increasingly obsessed with the past. The more she learns, the more she realizes that outside forces continue to threaten Inisceo and the fair folk who dwell there.

Lana wants nothing more than to protect her island and its past inhabitants, but time travel comes with a price and, ultimately, a choice: To return to her lonely life in the present, or lose herself forever in Ireland's haunting and enticing past.

THE PATH THROUGH THE MIST is a young adult fantasy based on historical fact, told from the dual perspectives of Lana and Lassair.