Creatures of the Night and NaNoWriMo 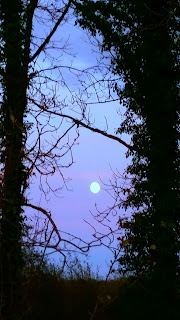 They creep out of the shadows at twilight, looking to eat living creatures. Little grunting noises of pleasure escape them as their sharp teeth sink into soft, slimy flesh.

They’re adorable little creatures, and I’m grateful for their presence. But as National Novel Writing Month begins, the cute little Hedgehogs that have been devouring the slugs and snails in my garden on summer nights, will now go into hibernation. 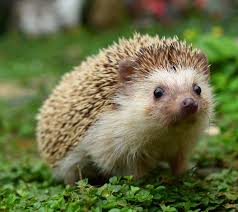 All autumn, these little balls of prickly fur have been feasting on as much grub as they can gobble—beetles, worms, roly-polies, maybe a fallen blackberry or two—before their long winter nap. During that deep sleep, their heart rate will slow, their body temperature lowers, and by March when they wake up, they’ll have lost twenty to forty percent of their body weight.

Before the winter wind and rain comes, they’re scurrying along hedgerows, gathering leaves and moss to insulate their nests. Sometimes I leave lint from the dryer under the hedgerow for them. Unlike bird nests, which are built in the spring to house eggs and babies, a hedgehog’s nest is a cozy, solitary winter home. 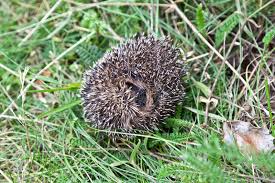 When they wake up, in spring, the hedgehogs will be ravenous for my garden slugs again. They’ll roam far and wide, sleeping around in every sense of the word, so they can make baby hedgehogs. They have a happy-go-lucky nature, and you have to admire their approach to life. When faced with a threat, they simply roll up into a ball.

However, hedgehogs are not native to Ireland. It’s believed they were brought into this country from England or Wales in the 13th century, probably by monks for their massive, enclosed gardens. Monasteries had kitchen gardens and cloister gardens which had to grow enough food to feed a lot of people. Since hedgehogs can eat copious quantities of plant-eating bugs, they would have been most welcome additions to monastic life.

I think of myself as a bit like a hedgehog during November. The tour industry grinds to a near-halt, and I snuggle up inside, hibernating with a new manuscript. Now, if only I could manage to shed twenty percent of my body weight at the same time . . .

Nobles of the Wood 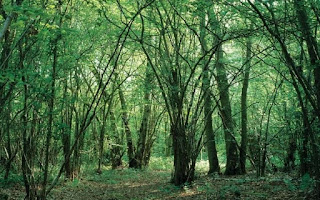 It’s autumn, and trees and hedges up and down Ireland are laden with fruits and nuts.

Hazel nuts are part of the wild autumn abundance offering us a way to bond with the bounty of nature. The trees have grown here since the end of the last ice age, blanketing wild woodlands. Their nuts were nutritious, woody pellets of energy for Mesolithic gatherers. These days, they’re the favourite food for badgers, foxes, mice, squirrels, and I like ‘em too! Especially in chocolate. Hazel nuts contain more protein by weight than fish. 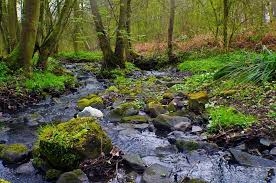 Hazel woods are magical places, with silvery bark and leaves that let through a lot of dancing sunlight. On a previous autumn, I went into a hazel wood to gather nuts with a friend. It was not far off a paved road, but very much a forgotten corner where nature was left to itself. A noisy brook cascaded nearby and prickly branches snagged my hair. My friend said that was the faeries teasing, and tempting me to stay in the wood.

Hazel trees have multiple thin rods which grow long and straight, used for ancient homes and wickerwork, they were also used as divining rods to find water or mineral veins or energy. Traditionally, Hazel has been regarded as the tree of knowledge in all Celtic countries, with legends and stories revolving around eating hazel nuts, the ultimate receptacles of wisdom. 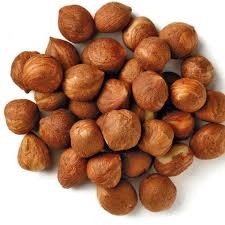 In the old Brehon laws, the oldest European example of a sophisticated legal system, Hazel Trees were one of the Airig Fedo, or ‘Nobles of the Wood.’ Even though it’s small the Hazel was valued for all it gave, and thus was given great protection. In Old Ireland, you would be fined two milk cows (a hefty payment) if you damaged a hazel tree. If you cut one down, the punishment could be death.

I challenge everyone to venerate the old trees, as our ancestors did. Here’s a list of the mighty noble clan (in both English and Irish):

And while you're here, let the lovely 'Woodbrook' by Micheal O'Suilleabhean take you on a walk through the autumn wood: