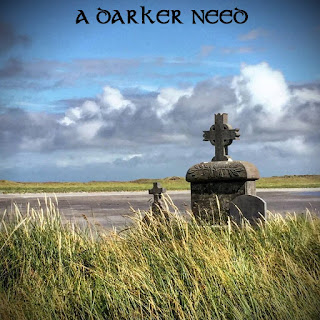 A ballerina risks career, friendship, and life for a chance at dangerous love.

Taylor, a disciplined soloist with a major ballet company, is benched for most of the summer with an Achilles injury. Miserable and stir-crazy, Taylor accepts an invitation from her reckless best friend, Beks, for the perfect solution: a vacation in Ireland. With benefits. Beks has been dming with a couple of four-alarm Irish guys for months. Jimmy and Niall are the perfect combination of good looks and mystery, and when they offer to take the ladies sightseeing in search of the vengeful sea serpents of Irish legend, Beks and Taylor are all in.

Their enchantment evaporates when a freak storm capsizes their boat, stranding them on a debaucherous party island. It could be a tiny paradise, but Taylor, haunted by a relationship she can't quite let go of, struggles with her feelings for Jimmy. When Beks goes missing, and Taylor discovers a possible murder, finding her friend becomes the only priority. Instead, she discovers Jimmy and Niall are part of a much more sinister legend. One that she and Beks are becoming a part of, as well as more missing women who will never return home. Unless Taylor can risk a career-ending injury, steal a non-seaworthy boat, and venture into the perilous North Atlantic to find a way back to the mainland, she’ll be trapped on the uncharted island forever.

A DARKER NEED is suspense with a speculative hint that puts a modern twist on an ancient Irish legend.

VOICES ON THE WIND

“O lost and by the wind grieved, ghost come back again.”   --  Thomas Wolfe 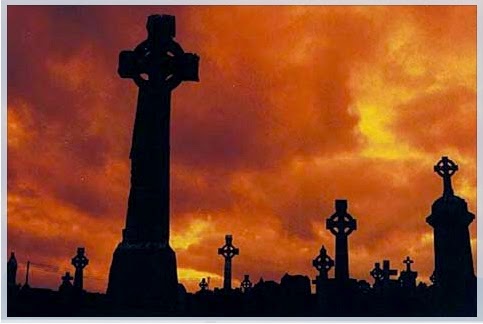 1995: When Mary, a cynical American, and her recently-widowed mother, take a vacation to their ancestral home in Ireland, Mary ventures into the countryside to explore a mysterious rippling field. On the verge of losing her own loved one, Mary is shocked when she encounters disembodied voices in the haunted landscape. It is those voices that propel the story back to the greatest calamity in Irish history, the infamous famine of the 1840s, and a linked sequence of relatives via a fractured narrative . . .

150 years earlier, Moira and her family huddle in a churchyard amid corpses awaiting burial. Without shelter, Moira prays she and her starving family can survive. She longs to get a letter to her Aunt Ciara, who could surely help since she’s a cook on a grand estate . . . Abruptly, the action jumps to Ciara four months earlier, when the estate goes bankrupt, leaving her out on the road, destitute and desperate. With nowhere else to turn, Ciara tries to contact her Uncle Donal, an old fisherman . . . Jumping months earlier, Donal experiences a life-changing encounter at sea prompting him to reach his daughter with a message as soon as possible. But half a year earlier, his daughter, Siobhan, is frost-bitten and trapped by a snow drift. As she frantically tries to escape, her only thought is to reach her own beloved child left in the care of her cousin. That cousin is neighbor to Moira and her family whom we revisit on the eve of the famine before tragedy strikes.

Returning to the present, we find that Mary, aided by the voices from the famine, is able to withstand her own tragic loss, and gain a deep personal understanding of how her soul is intertwined with those from the past.
Advance praise for Voices on the Wind:

"Voices on the Wind is an entirely engrossing, lyrical, original, and moving novel. Set in the Irish famine, the characters are so real you can almost reach back through time and touch them. They move in their own world, yet so close to the reader we can feel their breath. The thirteen chapters, each of which centers on different but somehow related characters, tell the story backwards over a few years, beginning and ending with the same girl. The terror of the famine crosses constantly into the mystical; creatures of myth (selkies, leprechauns) float in and out of the characters' lives as naturally as neighbors, sometimes bringing good, sometimes harm, sometimes nothing more than a neighbor might bring.
Eroticism, myth, the Catholic faith, beloved animals, and the stricken land all blend with the enormous kindliness, humor and endurance of the people.  In the end it is a redemptive book, and in that the author has created a kind of miracle.”

WHERE WE STILL LIVE

'Return not into life, but into magic, where we have never died, into the enchanted wood,
where we still live, strewn on the grass.' -- Thomas Wolfe

In this stand-alone companion novel to VOICES ON THE WIND, Rose, an adoptee who's lived all her life in the U.S., has an inexplicable passion for Ireland. In her desperation to find out why, she is drawn back to that island nation every year. On this trip, Rose tours a famine-era "coffin ship." That tour propels the narrative back in time to a series of relatives who may or may not provide the answer to the mystery of Rose's obsession with a country she knows little about . . .
In 1848, Róisín is a young woman escaping the famine by emigrating to Canada. Desperate to reach salvation in North America, Róisín longs to bring her mother, Úna, across the Atlantic to join her. Two months earlier, back in Ireland, Úna has sent a letter to her strong cousin, Pádraig, on a farm down in Kerry, where surely, life must be easier. But Pádraig has gotten involved in a raid to reclaim Ireland's food for her people, instead of shipping it off to England. He could be arrested at any moment and his last hope is to send a message to his Grandfather, Seamus, to see if he can help save the family farm. But, months earlier, Seamus has been evicted by a greedy landlord who razed his home to the ground. Now Seamus is wandering homeless, wondering if he can get word to his foster-son, Michéal who is working as a gamekeeper on an estate in England. Eight months earlier, Michéal, as the foreign Irishman, has been blamed for a crime he did not commit. Now he is forced to become a fugitive. Before running to an uncertain future, Michéal writes to his mother, telling her he will be in touch when he can, with a P.S. asking about the family dog, ever the loyal companion, Rua Mór. Two months earlier, Michéal's mother and brother are nowhere to be found. But Rua Mór waits patiently for his people, even as the starving local population hunt dogs and cats for food.
The story jumps to 2047, the 200th anniversary of the Irish famine, and Rose, at last a resident of Ireland, who discovers through DNA, painstaking family research, and genetic memory, how her soul is connected to not only the country, but a tiny village abandoned during the famine, that could be the link to her past and may explain everything. 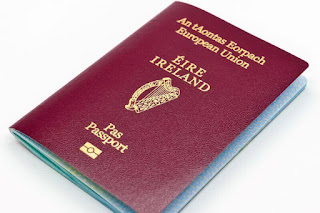 Possible imprisonment, humiliating illegal jobs, seven years in hiding.
Is a change in citizenship worth it?
Unity Grace is about to risk everything, including her identity, to relocate to the one place that infatuates her: The rural west of Ireland. Her career as an actress in Hollywood is circling the drain, her commitment-phobic lover has left her because she can’t cook, and chaotic Los Angeles traffic is eating her brain. She knows from previous visits the magic atmosphere of Ireland is the only place that can rescue her. There’s just one problem. Irish law bans Americans from remaining in Ireland for more than ninety days.

A life-changing psychic reading causes Unity to leap into deep water and emigrate. She’s ecstatic when, against the odds, she receives permission to remain in Ireland for a year, but there’s a catch. She can’t accept employment. Survival compels her to embark on the most challenging acting roles of her life by taking multiple jobs under a false identity, from chambermaid in a castle to dance teacher for prudish farm wives. Unity develops deep emotional connections with fellow misfit immigrants, learning from them how to deal with her xenophobic neighbors. New challenges, like internet dating European style and agrarian living force Unity’s former infatuation with Ireland to mature into a deeper understanding and love of her new homeland.

After three years, the bullying immigration officer refuses to renew Unity’s visa, demolishing her chances at citizenship. Her situation becomes dire, forcing her to face the end of her life in Ireland. Unity must choose: Become a fugitive, hiding in the wild west of Connemara and face almost certain deportation. Or return to a country that is now foreign, and an old life that no longer exists.

NO SHALLOW WATER is women’s fiction, an American emigrant story about a woman who wants to find home.