TOO MANY CASTLES TO COUNT

Shortly after the turn of the century, I was working as an actor, risking my life in freeway traffic every day, and attempting to recover after the devastating end of a romance. I was more burned out than a cold campfire. To say that I looked forward to spending the entire summer in Ireland would be a profound understatement.

Before I left, a friend suggested I go see a ‘fabulous’ psychic. Though he knew nothing about me, the psychic was amazingly accurate. The first words out of his mouth were:

‘You’re going to travel across water to a place with lots of castles.' 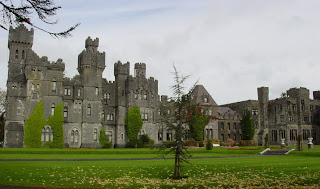 It was all I could do to keep from laughing out loud and squealing in his face, ‘Duh!’

In Ireland, castles are like hiccups. One pops up every few minutes when you’re driving across the countryside. Some have been painstakingly restored, but many are crumbling yet still beautiful ruins. Most are located on bodies of water, which makes them positively breath-taking. For a tour guide, there’s nothing more gratifying than hearing people gasp in awe when they round a corner and step up to these little pieces of the past. Unlike fairy tale castles, these are the genuine article, with most of the structures dating back to the 12th through 16th centuries. That means the castles were usually tower houses or keeps, built so that the people inside could be easily defended. 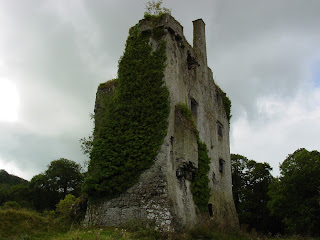 The renaissance period in Ireland was fraught with peril, and overrun by a bunch of angry white dudes greedy for land. The Normans swept across the country to the west, defeating the High Kings of Ireland; the War of the Roses created a wave of trouble beyond British shores; rebelling Anglo-Irish and Gaelic families wacked off heads and asked questions later; the Battle of Kinsale was a total nightmare; and then there was that whole Cromwellian load of crap. All this fighting meant that castles were a necessary practicality.


Consequently, a real castle doesn’t usually look like Cinderella’s Magic Kingdom digs at Disneyland. That structure is a hollow façade (so Hollywood) based on the Neuschwanstein castle in Bavaria. Neuschwanstein was built by wacky King Ludwig in the late 19th century when people no longer needed to live in castles for protection. To put it in perspective, Ludwig was more or less deposed for spending too much on his castle. 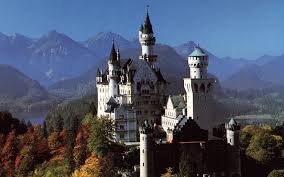 As a tour director and guide, I get lots of requests from travellers who want to see castles. My usual response is: If you come to Ireland and don’t see any castles, it means you had your eyes closed the whole time.

This coming summer, for Ireland Writer Tours, there are castles included in both the July and August tours. In addition to countless drive-byes, where ruins will be visible, and stories told, we’ll also be spending private time with specific famous castles. 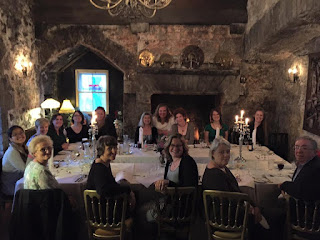 In July, there’s a magnificent structure dating as far back as the 12th century, complete with a moat and a Rapunzel tower. Though we’ll be touring the grounds, the interior is off limits (unless you want to be sneaky!) The second castle in July is a privately-owned 14th century tower house that is so haunted, a psychic medium used to travel from Scotland to teach classes there. We’ll be having dinner in the tower room and visiting the haunted bedrooms. Sometimes the toilets even flush themselves. 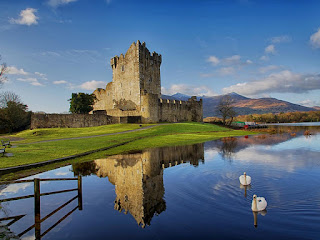 In August, in addition to the photo op castles and drive-byes, we have a special highlight. It will include a docent-guided afternoon in a 15th century castle tower house on the picturesque shore of Lough Leane. This tour is particularly appropriate for anyone writing or planning a project that takes place in a castle because there will be details about daily life in the castle, including everything from what people ate, where they slept, how and why they bathed infrequently, even the oddities involved with going to the loo. The docent also describes harrowing defence and battle practices, as well as architectural details and building methods.

My long-ago psychic-predicted-summer in Ireland was spent researching and writing a historical novel. And the psychic had been right—I did indeed spend a lot of time in and around castles, as I had on numerous trips to Ireland. But a nice surprise happened when I had to return to L.A. After spending three months immersing myself in the lives and tragedies of my Irish ancestors, my own life didn’t seem nearly so bad.

There's nothing quite as spiritually enlightening as travel, learning how someone else lived, and walking a few miles in their shoes. 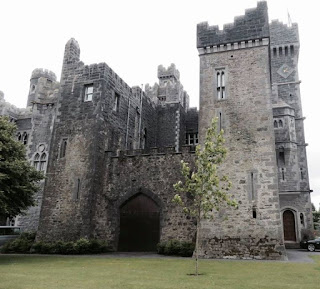