“On the path to whatsoever place one would travel, that place one’s own self becomes.” A.E.

The Welcome of the Door
In old cottages throughout the west and south of Ireland, the earthen floor just inside the threshold was known as ‘the welcome of the door.’ Upon entering, a visitor would stand there and say, ‘A blessing on this house.’ The entrance, an in-between place, marked a sacred space, neither here nor there. A place where the power of the OtherWorld could flow into your world.


A TASTE OF OLD-ISH IRELAND . . .
Once upon a time, Ireland—like most places on the planet—was guilty of treating the female of the species as a second-class citizen. During the ‘Swinging Sixties,’ when women from London to San Francisco were busy liberating themselves from lower wages and confining bras, the average woman in the west of Ireland just wanted to get running water inside the house. 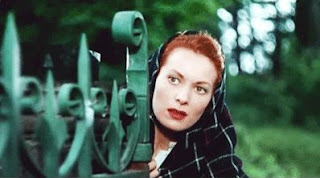 A popular image survives in folk memory of rural women in their headscarves gathered around the parish pump, exchanging gossip until it was time for their husbands to come in to have their tea (dinner) placed on the table. Insofar as this cliché had any basis in truth, the women supposedly loitering at the pump were there because of their husbands. From the moment there was the remotest chance of getting water piped straight into their homes, the vast majority of Irish housewives were ready, willing and eager to do away with their regular treks to the pump to fill back-breaking containers.

It was a daily toil. The ones standing in the way of such progress were the women's husbands. All through the 1950s and 1960s, the members of the Irish Farmers' Association vigorously opposed the direct supply of household water, fearful that it would increase the rateable valuation of their properties, thereby increasing taxes.

In 1961, the Irish Countrywomen's Association organised a Turn on the Tap exhibition at Dublin's Mansion House (Lord Mayor’s house) to support their case that the parish pump had had its day. Their husbands stood their ground. It was a struggle that would go on another two decades and more. 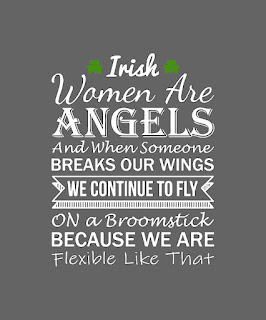 Where I live, in the beautiful remote countryside of the west, indoor water taps were not made available (i.e., accepted) until the late 1970s. Before that, women and children visited the local pump, usually once a day, and carried home as much water as they could. If your family needed more water than you could carry, too bad. 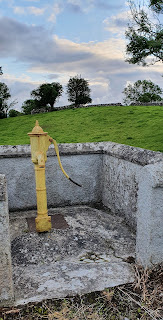 Today, if you visit rural Ireland, look for the water pumps in the countryside. They are dry reminders of the sweat and toil that women had to endure for a mere cup of water, in a landscape dominated by a desert of male oppression.

TRAVEL TIP:
Up until the 1970s, there were no self-serve grocery stores. Housewives had to shop daily in their local grocery store, giving their written orders or ‘messages’ to the person behind the counter. Today, groceries are still called ‘messages.’ Most items were sold loose, no bedevilment of plastic packaging, and the housewife put her purchases in a woven basket she’d brought with her from home. 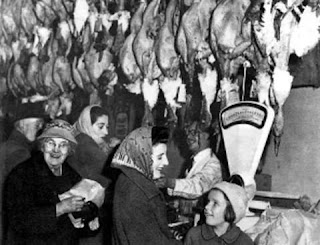 Today, grocery stores continue to discourage plastic packaging. That’s why, if you visit Ireland and stop at a grocery store, you will be expected to bring your own reuseable bag. Alternatively, you can purchase a reusable bag for about one or two Euro. You’ll also be ‘bagging’ your own groceries.

For this reason, you may wish to pack a reusable bag to bring with you on your travels. Or buy one here, and reuse it for your shopping when you get back home.