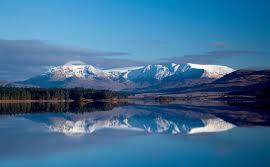 Christmas is something I do not do.  I am one of the many people who hold sad, old memories of awful Christmases which haunt me at this time of year.  Ultimately, no matter what I do, this becomes a big, nasty, awful, ugly depression-bubble.  That bubble doesn’t burst until after St. Stephen’s Day (December 26th).

For years now, I have focused on the Winter Solstice as my holiday.  After all, that marks the time when more sunlight will soon be coming our way (at least, in the Northern Hemisphere), and as a Druid, December 21st is a traditional seasonal celebration.  But living in Ireland - indeed, in almost any English-speaking country - means that December is the time of year when one is constantly bombarded by Christmas junk.  And for people like me, that’s just . . . depressing.

This year, I’m trying something different to combat the December blues, and just in case you’re like me, maybe this can help you too.

Most historians (whether they be Christian, Atheist, or anything else) agree that a prophet by the name of Jesus actually existed and was born sometime between 4 and 7 BCE . . . in the AUTUMN.   While there is no written record specifying a day and month of his birth, there is the fact that shepherds would most likely not be ‘abiding in the fields’ in December.  It was too damn cold.  Flocks were usually in the fields between Spring and Autumn.  Also, if you’re pregnant and being conveyed via donkey, winter would likely be a really stupid time to travel the 70 miles from Nazareth to Bethlehem.  The more probable time of year would be late September.

September 29th was the annual Jewish Feast of Tabernacles, when such travel was commonly undertaken. Also, later Christian tradition commemorated Michaelmas (or ‘Michael sent’), after the arch angel Michael, on September 29th.  It would be appropriate for Jesus to have been born on the Feast of Tabernacles, since some believe it was at his birth that ‘the Word was made flesh and dwelt (literally tabernacled) among us’.

So.  December 25th is three months too late to celebrate Jesus’s birthday.  Wouldn’t it be fun to start a new tradition?  Let’s celebrate ALL prophet’s birthdays!  Yay!  That’s a good idea.

Let’s see, there’s Abraham, the guy who prophesized circumcision.  Hmm.  Not sure how to celebrate that.  Let’s move on.

There’s Mohammed.  Yeah.  Not going there either.

There’s Joseph Smith, Jr., founder of the Latter Day Saint movement, and he even has a convenient birthday - December 23, 1805.  We could celebrate his idea of a Zion-utopia (and maybe skip the bigomy part).

There was Cassandra, the Greek mythological prophet.  Snakes licked her ears clean so that she was able to hear the future.  Maybe not the best holiday idea for ophidiophobes.

How about Gandhi?  His birthday, October 2nd, is now the International Day of Non-Violence.

Then there’s Edgar Cayce, the ‘sleeping prophet,’ who could do remote cures.  He was born on March 18th.

Sigh.  I’m not sure what the answer is, other than just muddling through the season.  And maybe holding on to the advice of Augustine of Hippo:
In essentials unity,
In doubtful things liberty,
In all things love. 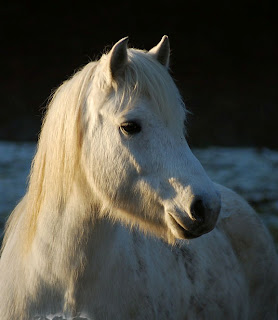