THE MYSTERIOUS ISLAND (continued from yesterday) 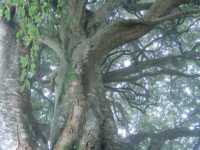 I began to research my idea for the story, THE PATH THROUGH THE MIST, which takes place in the 5th Century.  Every source I consulted claimed that Christian monks were ‘banished’ to the lake island of Inchagoill by the local people, some said they were banished by Druids.  But that made no sense.  Druids frequently lived apart from local tribes or clans.  They would prefer to live on the island themselves, near water -- especially surrounded by it -- for water would have been considered a gateway between this world and the next.  The dun fort would have been indicative of a native (non-Christian) tribe of people inhabiting the opposite side of the island from the Christians.  It seemed to me that all the evidence pointed to Druids living on this island first, before the Christians took over.
Researching the story led me to interview loads of local historians, all of whom had two things in common:  They were all male and all well over the age of 50.  All were Catholic with the exception of one Protestant Archdeacon who’d written a book on early monastic sites.  Without exception, each historian either did not know about the hill fort on the island, or they passed it off as ‘the natural lay of the land.’
I couldn’t help wondering if all these historians had a revisionist view of ancient history inspired by their religious up-bringing.  Maybe I was crazy – just imagining Druids there because it would make a good story.  Maybe I wasn’t really being intuitive, just wishful.
Finally, the author of a book on local history, recommended I go see ‘Joe.’  “He’s a crazy, old guy, now, he might frighten ye.  But he can certainly offer ye another point of view,” the author told me.  Friends told me I shouldn’t go visit ‘Joe,’ that he was a lunatic or frightening or a recluse who pissed people off, but there was never any mention of why exactly they thought of him in such a negative way.
It took some work, but I located Joe and drove through impenetrable fog to his house.  He looked to be about 80-something and described himself alternately as a devout Pagan or ‘Reformed Catholic.’  He kindly invited me into his smelly, old house and we sat in a tiny room that was wall-to-wall books, where we huddled next to the radiator, along with his Winnebago-sized German Shepherd.  Joe talked and talked and talked about loads of interesting things, peppering his conversation with repeated declarations that the Catholics have ‘ruined this country.’  He talked about local holy wells that were sacred long before the word ‘holy’ came to this country, ley lines that crossed the area, and he even offered to teach me how to douse!  Then he finally asked, ‘So why did ye come here to see me?’
When I asked him about the hill fort on Inchagoill and if maybe there were Druids on that island before the Christians came, he stared at me from under his bushy eyebrows and a slow grin spread across his face.  “I’ve always believed that to be true.”
“But then why hasn’t this occurred to anyone else?” I asked.
Joe twitched his head in agreement.  “The church has always covered up these t’ings, ye see.  Besides, if we’re right about this, that wouldn’t serve their purpose a’tall, now would it?”
Joe went on to tell me of the ancient Christian practice of ‘bribing’ chieftains by making them honorary bishops and bestowing goods on them in exchange for large plots of land.  Of course, this practice is well documented in many civilizations, not just in Ireland.
While none of this completely confirms my intuition, it does make me feel a little less alone, and it did encourage me to finish writing the story.  And, yes, Joe has been re-named and is a character in the book! 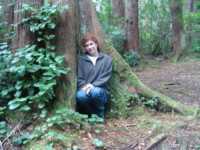