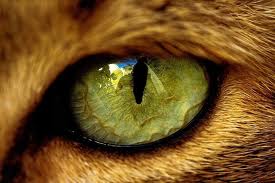 Many ancient peoples, and druids in particular, believed that Nature – the landscape and the animals that inhabited it - were packed with meaning and messages.  Today, as in long ago times, animals can be spirit guides, bringing us inspiration, direction and assistance.  Sometimes, when you least expect it, Nature brings you a message like a gift . . .
This past weekend, I wrote.  All weekend.  That’s it.  Two days of writing, writing, writing.  My characters talked to me, I typed what they said.  When I had to stop writing in order to go to the bathroom or eat something or feed the cats, it was really annoying.  It may sound strange to some, but having to do nothing but write was nirvana.  Absolute bliss.
Late on the second day, my body started to cramp, forcing me to get up and move.  I grudgingly changed out of my I’m-at-home-alone-writing-so-it-doesn’t-matter-what-I-look-like clothes, put on some shoes and walked down to the lake.
It’s springtime now in Ireland.  The sky was blue for a change and daffodils have popped up everywhere like big yellow smiles.  I took a deep breath and thanked my body for forcing me to get out of the house.
As soon as I walked out the door, a blackbird sang to me from the pear tree at the far edge of my garden.  It didn’t just sing.  It flew down in front of me and landed close, gazing at me with its yellow-rimmed eye, pointing its bright yellow beak in the air as it cocked its head to study me.  The Irish name for a blackbird is Druid Dhubh (Black Druid).  In druid oracle teachings, the blackbird symbolizes a call from the soul, a possible message from the OtherWorld regarding hidden potential. 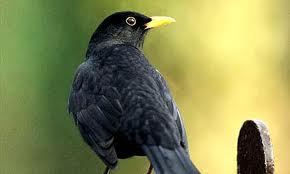 I walked on, past a field of sheep and their new lambs that bounced around on pogo-stick legs.  At a neighbour’s farm, the dogs ran out with friendly barks to greet me and request tummy-rubs.  From the druid perspective, dogs symbolize loyalty and protection, but in the ancient tradition, they were also the Guardian of the Mysteries.
Hearing the commotion, several cats also came out, hanging back until the dogs had calmed down.  One of the cats chirped at me and jumped up on a rock wall, waiting for me to come pet her.  In the druid view, the message a cat brings is that of detachment – watching, observing and then deciding what to do.  They also remind us to appreciate sensual pleasures. 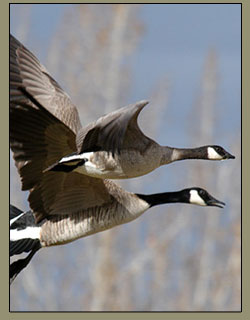 Past the farm, as I walked between blackberry hedges, two wild geese flew overhead, calling back and forth to each other.  Geese mate for life and fly extraordinarily high.  To a druid of old, they would have represented partnership and productive power.  They’re also a very territorial bird and, if they had been on the ground, hissing at and chasing me, that could be taken as a reflection of my own possessiveness.  In that case, it might have been a sign not to over-protect.
When I reached the huge lough, two swans were out some distance, dredging up slimy green stuff to eat.  Long ago, a bard’s ceremonial cloak would have been made from swan skin and feathers.  Because of that, I took heart!  For me, on this day, the swans could easily be a sign that I should carry on telling my story, as a bard must always tell tales.  However, the primary message a swan brings is that of love and the possibility that love may be about to enter one’s life. 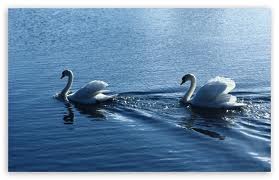 Walking around the curve of the lake, I came to a long, sloping hill where the Connemara ponies (horses) were grazing.  I love to talk to the horses.  They always come running to greet me and cluster close around to sniff me.  The horse is symbolic of travel, either a physical or spiritual journey, usually across land.  Horses also symbolize journeying into the next world or another lifetime (which happens to be what I was writing about). 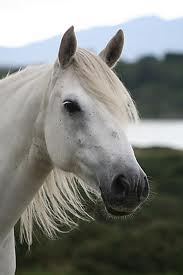 When I came back home, it was nearly dark.  I almost stepped on a spotted frog in my back garden.  I squatted down and gently touched its sensitive skin.  It hopped once and then stayed put for a while.  Frogs are a most complicated creature from a druid perspective.  They live half on land and half in water, combining the powers of both elements.  They are associated with rain and water spirits, especially, and therefore with healing and purification.  Frog spawn was considered a cure for inflammatory diseases, including rheumatism.  Long ago, in the British Isles, if you had an eye problem, one possible cure was to find someone willing to lick the eye of a frog and then lick your eye.  Yeah.  Count me out. 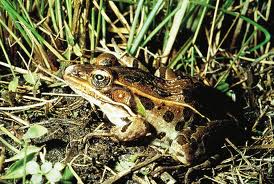 Sometime later, I went back to writing, and was very glad to have taken the break and the long walk.  Most importantly, I was grateful to all the creatures who shared their grace of spirit with me.  I’ve been a vegetarian since college (i.e., a really long time), because of my great love for animals.  On days like this, I wonder if they might feel that love.  I hope they do. 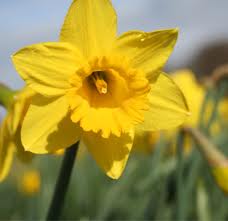