Tomorrow night is the full Rowan Moon, the perfect time for astral travel and projection, as well as divination.  You want to know what’s going to happen in your future?  Meditate tomorrow night!  It is also a night when you may encounter those individuals most adept at astral travel, who can actually assist with divination:  Elementals, Earth spirits and Elves.  So you might want to keep your third eye open.

The elves I’m referring to are NOT the old Christian-reworked version of elves.  Nor am I referring to the ancient Scandinavian elves (alfar), who were the dead, believed to be still alive in their burial mounds.  There was also a paradise called Alfaheimr (Elf-land) inhabited by bright female spirits who made the sun.  These female spirits could be beautiful or hideous, representing birth or death.  Christianity opposed this ancient female-centered theology and referred to elf-feasts as demonic sabbats with ‘cloven-hooved dancers.’
Then, of course, there’s Santa Claus, referred to in the Night Before Christmas, as a ‘right jolly old elf.’  Personally, I find it hard to think of a large, furry man with a weight problem as an ‘elf.’ Likewise, when walking through the forest, I find it difficult to imagine there are Lord of the Rings-type hobbits or gnomes who live deep down in the radon-gas filled, rock-congested Irish soil. 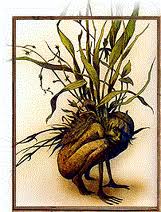 In Ireland, elves include the ever-popular Leprechaun, the Clurichaun (or night-dwelling Leprechaun), the Grogoch (a hair-covered creature who migrated to Ulster from Scotland), Brownies (who often dwell inside) and Hobgoblins (spirits of the ‘hob’ – a range where food is cooked).  In a forest near my home, there are quite a few caves and large, gaping holes under old trees, where elves are said to live. 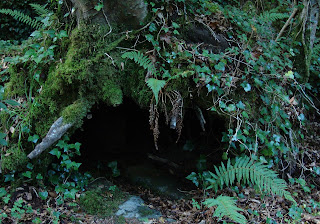 While all of that is interesting to me, it does not encompass my idea of the creature called ‘Elf.’  It seems more accurate to think of elves as elemental energy that we perceive in different forms, depending on our personal experience and beliefs.  Creatures formed by molecules that are somehow less dense than our own.  Beings that, by their very nature, are inclined to feats which we might consider impossible.
I’d be interested to know your idea of an ‘elf.’  Have you ‘seen’ or experienced them?  Do any of the older versions of ‘elves’ ring true for you?

If you feel so inclined, I hope you enjoy dancing with the elves tomorrow night, whether you see them or not.  Just acknowledging their presence might enhance your evening and bring a little magic into your life.
Until next week . . .
Slán agus Beannaigh
(be safe & blessed)
Posted by Fiona Claire